The Senior Citizens rooms were opened on 20th Nov. 1965 being situated near the site of Duncan Christensen’s Homestead. A plaque on the wall of the rooms indicates the gratitude of the citizens to the members of the Traralgon Rotary Club who had undertaken the project for the rooms to be built. 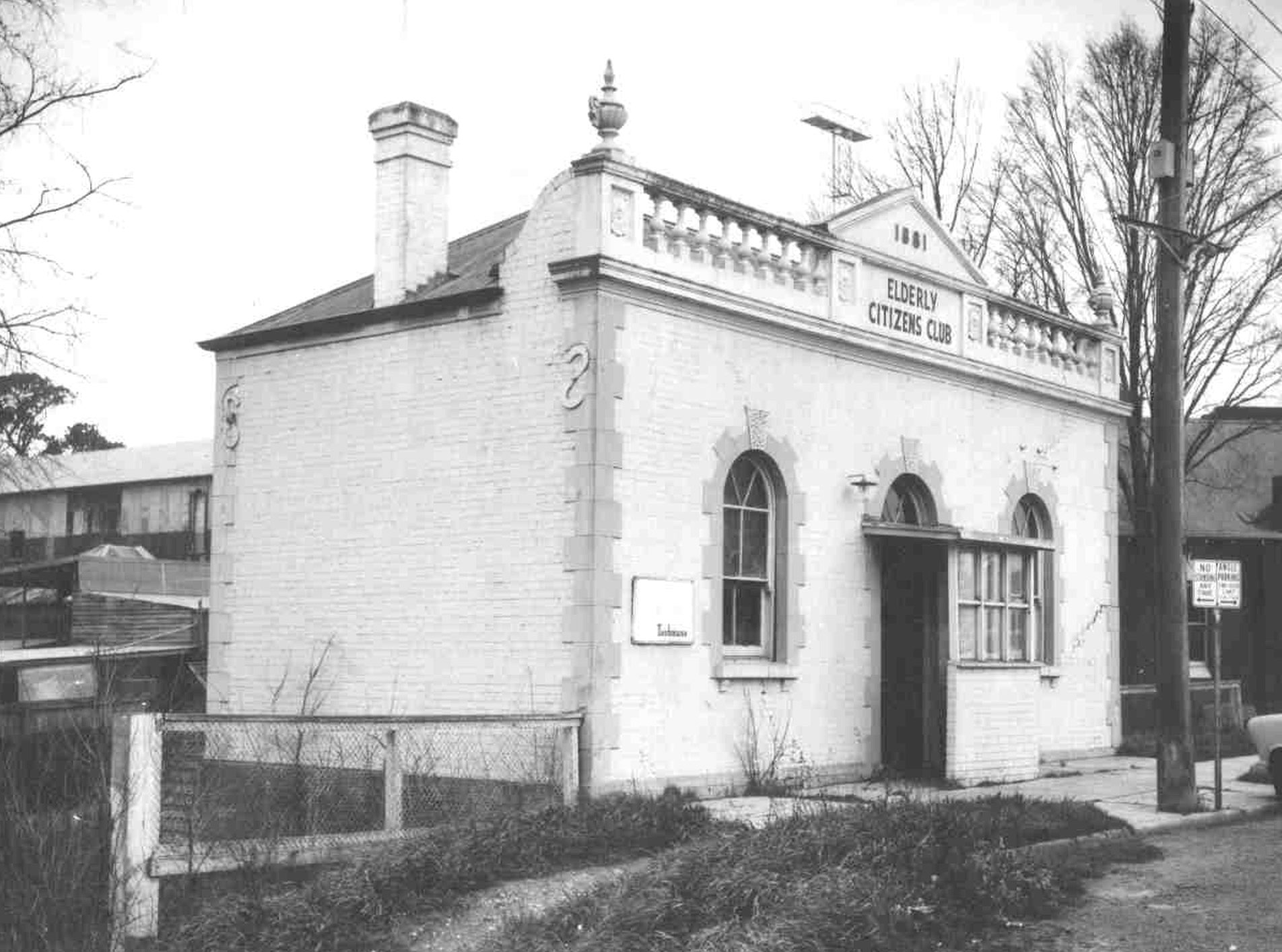 The original home of the Traralgon Elderly Citizens Club was in the first Traralgon Shire Offices which were built in 1881 opposite the War memorial ie on the east side of Franklin St. - where the Traralgon Centre Plaza now sits (2022).

“In 1962, the Elderly Citizens themselves forecasted the need for modern club rooms  …………. ……… Rotarians found the availability of a Government Grant on a 2:1 basis. However, more funds would be required to adequately furnish the club rooms.

The cost of erecting and furnishing the building was estimated at 7,000 pounds  ….. the 55 members of the club (Traralgon Rotary) were divided into 11 groups and each group was expected and committed to raise one hundred pounds. [so expected to raise £1100].  At the end the target was exceed by 1400 pounds raising a total of two thousand five hundred pounds. The council applied for a government grant of four thousand pounds.

Negotiations with the Traralgon Borough City Council resulted in the council making land available in Victory Park. ….. Tenders were called and Mr. Keith Hollingsworth was the successful tenderer at seven thousand and seven hundred and fifty pounds. [£7750]

Total funds of nine thousand two hundred and forty-eight pounds, one shilling and seven pence was raised by the Traralgon Rotary Club additional to the Government Building Grant of five thousand pounds.

Monomeeth (the original spelling) was chosen as the name for the Centre as it is aboriginal meaning “friendly”.