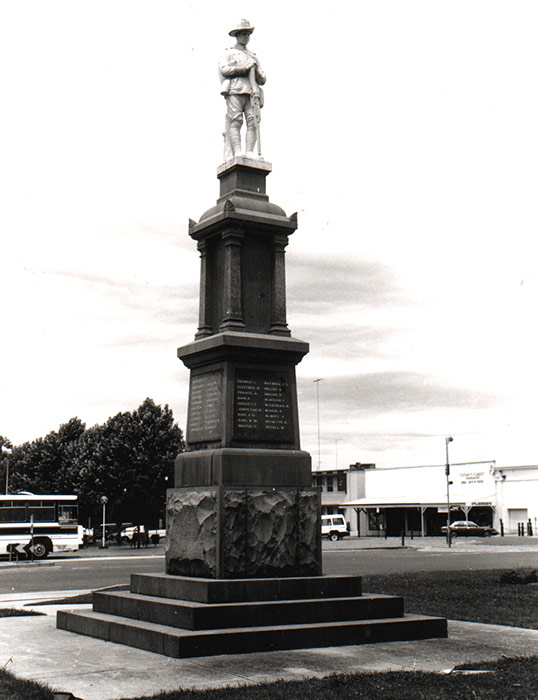 After years of correspondence with the Melbourne Headquarters of the RSSILA and the Repatriation Department, on Sunday, 25th February, 1923, the Statue, originally facing east, was unveiled.

In early 1979 the marble figure was turned to face west into the gardens and the new “wings” were added on either side to commemorate those who died in the 1939-1945 and the Vietnam wars.

Pictured: The Fallen Soldiers Memorial stands at the Franklin Street end of the Kay Street gardens.